Posted on February 24, 2017 by visitorandconventionbureau

Thinking back to growing up in Olympia, one memory stands the test of time – the Olympia Brewery. It was a time when you could count on smelling the unique, yeasty aroma while driving through Tumwater and still hear the whistle blow every afternoon at quitting time. The Olympia Brewery has always been part of this community, whether you are a beer drinker or not. Just take a drive around the area and you’ll see historic examples still standing, reminding us of these roots. Whether it’s the original brewery on the Deschutes… Read More 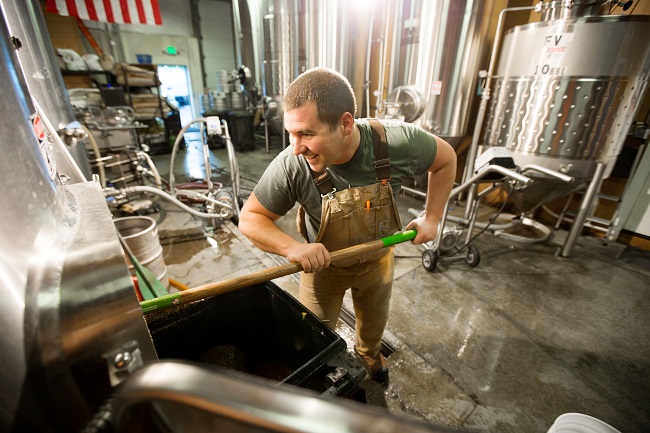 What is a college to do when an entire community has identified a need—and an opportunity—to build an educational program that will support the growth of one of the most exciting industries in existence?  Do it. South Puget Sound Community College has always been dedicated to building workforce education that responds to the needs of the South Sound region. So when the Thurston Economic Development Council, City of Tumwater, and a collection of local craft beverage makers came together with us to identify that education was one of the gaps holding back this… Read More

Posted on February 13, 2017 by Craft Brewing and Distilling Center

Antique Planes and Artisan Spirits Landing on March 11 – Washington Made Spirits Soar Again At The Olympic Flight Museum The Washington Distillers Guild will be holding the Second Annual South Sound Spirits Gathering at the Olympic Flight Museum on Saturday, March 11, 2017. This is a 21+ event, from 4:00 p.m. to 9:00 p.m., open to the public to enjoy spirit samples from 20 Washington State distilleries. Tumwater City Administrator John Doan says, “We are excited to again be home to the South Sound Spirits Gathering. Washington’s spirits represent the bounty… Read More

Posted on February 10, 2017 by Craft Brewing and Distilling Center

Cider apples have terroir, too 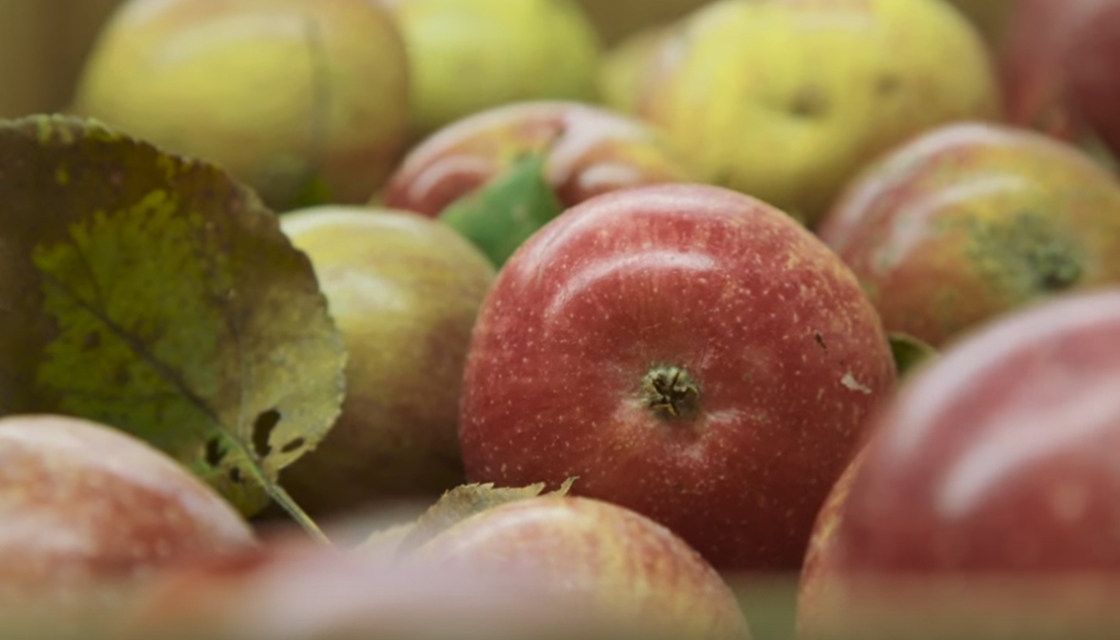 Across the country, industrious entrepreneurs are creating unique craft beer, cider, and spirits with amazing stories. These beverages are really agricultural products and the source of their raw ingredients (apples, barley, wheat, or hops) is critical to the flavor profile. Producers of these craft beverages have discovered what farmers have long known. Like grapes that make great wine, these raw ingredients have a terroir – a unique set of characteristics related to climate, soil conditions, and farming practices that translate to unique characteristics and flavor profiles of beverages. This is true for… Read More

Why are local grains important? 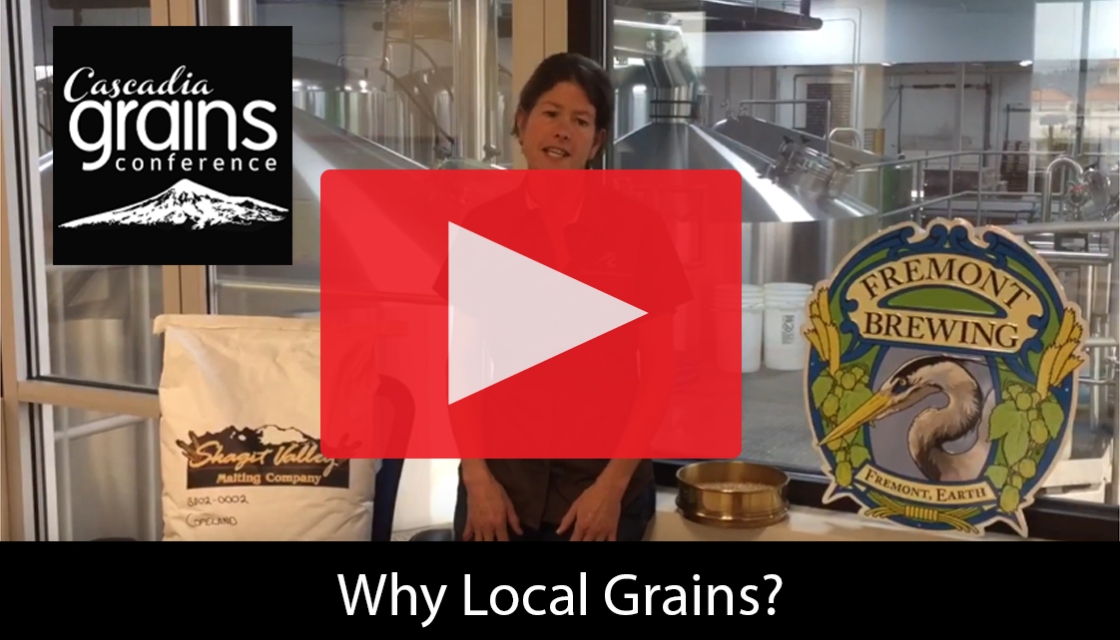 The Cascadia Grains Conference asked why local grains are important? Grains have unique flavors and characteristics, based on the region and conditions in which they’re grown. For producers and consumers of craft beer and spirits (and chefs, foodies, etc.), the expansion of local grains creates a robust palette to create and experience unique flavors, colors, and textures in food and beverages. Local grains are important to our economy and the future of craft beer and spirits. View the Why Local Grains? video. PRODUCTION OF SMALL GRAIN CROPS – wheat, barley, oats, and rye – has been a… Read More

Posted on behalf of Washington State University (WSU) Extension of Thurston County. We envision a vibrant farming community, delicious fresh local food and beverages, an interlinked economy of producers, processors, brewers, distillers, bakers, restaurateurs, and practical agricultural research and education. The agriculture program at the WSU Thurston County extension office is proud to work on these issues with a diverse group of partners and organizations in South Puget Sound. In 2017, the WSU Extension agriculture program in Thurston County is enthusiastic about several initiatives: Join us at the 2017 Cascadia Grains Conference (January 6-7)… Read More 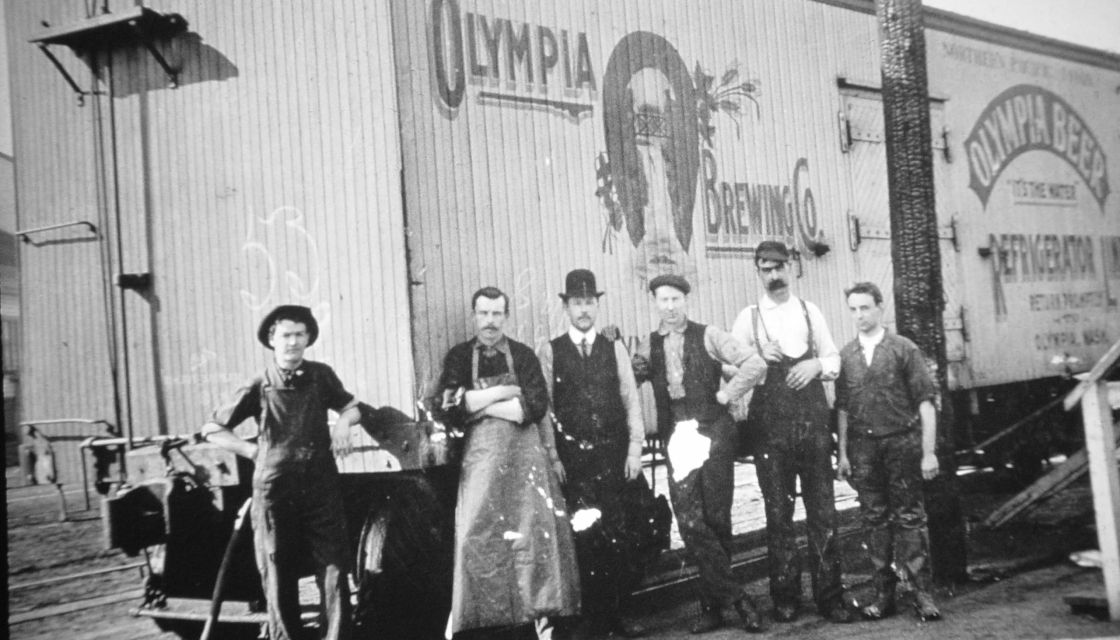 The Olympia Tumwater Foundation published an online book with 50 Images from their archives, featuring a sample of photos from the Olympia Brewing Company and the founding Schmidt family. 50 Images from the Archives     You’ll find Tumwater’s first “Artesian” well and more photos and story captions about building a brewing legacy. Thanks to our partners at Olympia Tumwater Foundation for sharing gems from their archives! We’re working together to Bring Brewing Back! The work was funded in part by the Thurston County Heritage Grant Program. More images will be available to the… Read More

A new program is brewing

Tell anyone in the Northwest that you are from Olympia and they usually connect it to the Olympia Brewery and historic brewhouse.  And even though they no longer operate, they have set Thurston County apart as a center for brewing and distilling. Phenomenal growth in the craft beer, cider, and spirits industries has led to a lot of local buzz. Washington State, a national and global leader in these areas, provides an ideal location to further grow these industries. And just like any industry boom, education is needed to support the new… Read More

Saving the Old Brewhouse, one owl at a time

The Old Brewhouse (built in 1906 for gravity brewing) was home to the early Olympia Beer production, which began over 120 years ago in Tumwater. Preserving this iconic structure is important to our heritage. It’s the foundation of the Craft Brewing and Distilling Center, which builds on the legacy of brewing by creating a destination for people to connect the past brewing tradition and experience the future of craft beer, cider, and spirits. One of the most iconic buildings in the state, the Old Brewhouse was donated to the City of Tumwater earlier this year (2016). The… Read More

Posted on November 22, 2016 by visitorandconventionbureau